The goals for part one of session #4 was for everyone to have a better understanding of their family’s history and how it represents a small piece of history.  We also wanted to place family events in context of historic events so we can make connections between important events in the history of their families and larger historical events.

We started with an activity where all the facilitators and students wrote down the following family events on note cards: 1) your birthday, 2) when you came to this country, 3) when your parents or relatives came to the US, 4) your parents’ first jobs in the US, and 5) an event you feel is important in your family’s history.  Then we placed each of the cards one by one onto a timeline we created.  After that, we had a brief discussion on anything we felt was interesting about the newly-made timeline and how we went about in obtaining the information for the timeline.  Afterwards, we put the historic events we selected beforehand and placed it on the timeline.  We gave a summary of these events and talked about how the historic events may have affected our family events.

The goal for part two of the session was to have a skills-building section for the students to utilize when they interview others for their final assignment.  Below, is a handout created by Karen Yi. 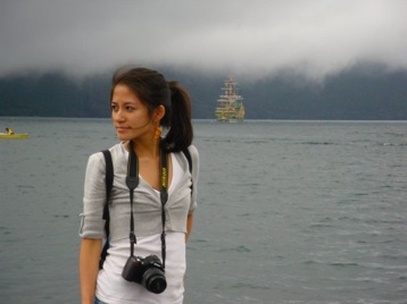 Karen was born and raised in Peru, speaking Spanish as her common language as she grew up.  There was a lot of racism that went on through her childhood for being an Asian and speaking Spanish instead of Chinese.  However the more she grew up, the more people got used to it and the more she attempted her everything living.  She had experienced a lot as a kid, where people tried to invade and hurt her family and her life.  However, she did not understand because she was young but the older she grew, the more she learned.  It was not her fault that things happened, neither was it her parents' fault.  She grew up wanting to know more about her ancestry, where she also left her home to study aboard in the States.  There, she got her education to become a journalist and where she learned more. 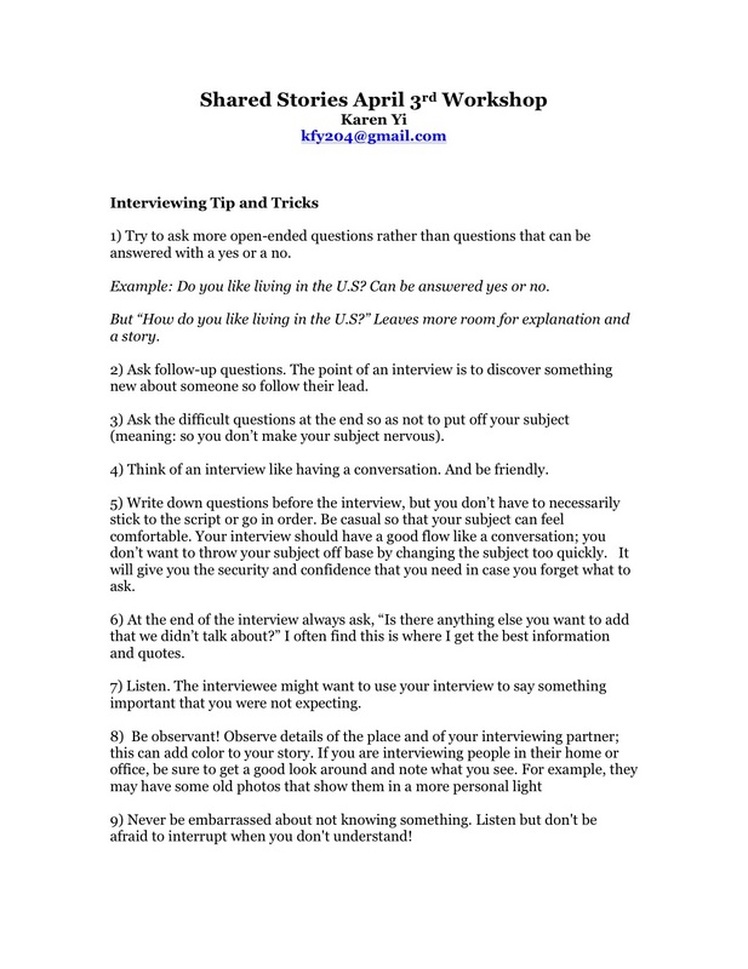 Karen did a short icebreaker, where the students asked her any questions they wanted, to practice their questioning skills.  Then, she went through her handout and showed us a clip of her thesis from college about immigration called “Undocumented Immigrants Speak Out”

Undocumented Immigrants Speak Out: Rethinking Spaces of Empowerment for 'Illegal Immigrants' from Chris Ellison on Vimeo.

To practice all of the interviewing tips and tricks that Karen presented, the students partnered up with a mentor and Karen and interviewed them.  The following are the narratives of the students’ mock interviews.

By Ming:
I interviewed Linda last Sunday.  I know more about her after the interview.

I found out that she hated her high school at the time because she thought her peers were too serious, they only cared about their grades (they were mostly asians).  She didn't have any friends at that time, all she did was go to school, go home and study. That's how she spent her time in high school.  Linda described that the four years she spent in college were the best moments in her life.  She studied abroad and she made new friends.

Theresa was born in the United States. She went to a elementary school and a middle school where there were a lot of Chinese. It started her curiosity about China. Few years ago, she went back to her father’s hometown. She found everyone who lived in the village kind. Everyone said, “ Oh, you really look like your father”. It made her feel familiar with everyone. Although people from the village never met her before, they still treated her kindly. She went to the house where her father lived for about 40 years. She could understand her father’s emotions about China. With her growing up, she could understand her parents gradually and treat her parents better.
The facilitators created an interview guide and work plan for the students to prepare for their final assignment.  We went through this outline during session #4. 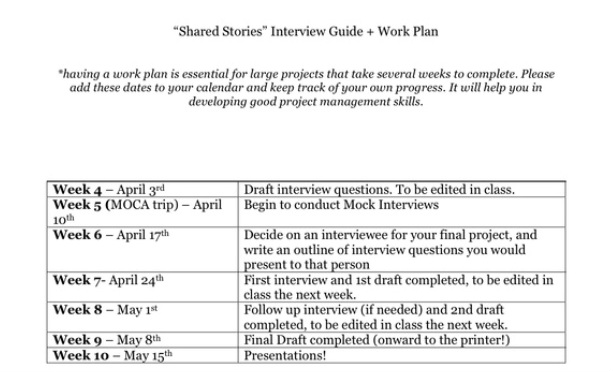