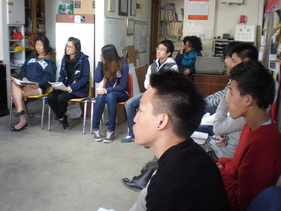 We began the session by each writing a birthday card for Pvt. Danny Chen as part of OCA-NY’s campaign for justice and a fair trial.

To get involved with this campaign check out the birthday card tumblr at:

Submit your own birthday card.

Procedure: Facilitator, in a large square area, will split the group into pairs. One person will be the communicator the other person will have their eyes shut. The object of the activity is to successfully direct your blind partner across an area with “mines” (here we used crumpled up paper) using only verbal communication. If the blind person steps on a mine they have to return to the beginning of the mine field. 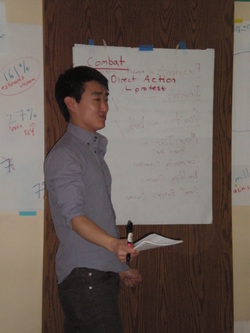 We then looked at the players in gentrification, specifically: 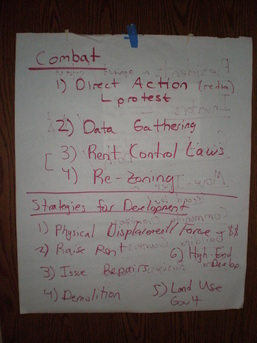 Mae then led an activity where she asked the students to estimate the percentage of people living below the poverty line and the average household income in Manhattan in comparison to (Community District) CD 1, 2, and 3. Lastly, she compared this information with the number of rent regulated apartments in the same areas.

Here was the data: 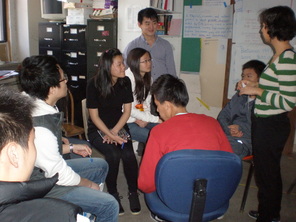 Group one preparing their skit
Scenarios:

2) Develop your own skit based on the forces of gentrification. What will be your situation? Who will be
your actors? What are their desires/needs/motivations?
Homework: Work on your group presentations and send the final draft to your mentor by Saturday.  Be prepared to present at the next session.

Answer the following question: Why does the future of Chinatown matter to you?